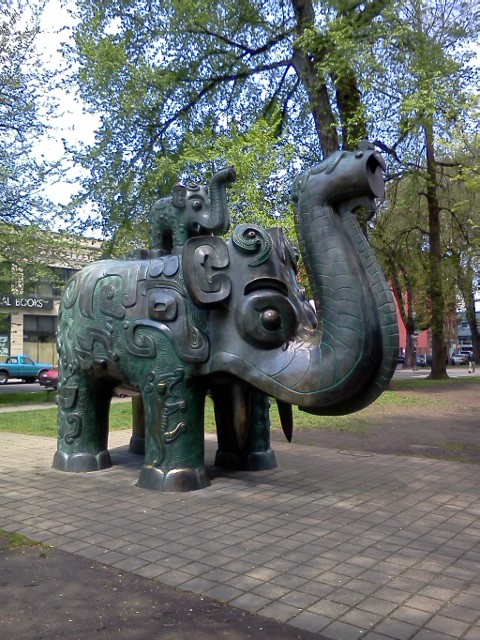 Da Tung & Xi’an Bao Bao which is loosely translated as “Universal Peace & a Baby Elephant” stands in the middle of the park block at Burnside & 8th avenues in Downtown Portland, Oregon.

The statue, dedicated in 2002, is a 16:1 scale replica of a wine pitcher dated from the Shang Dynasty.

The baby elephant riding peacefully on its Father’s back is a symbol of a prosperous offspring.

Bill Bonner of the Daily Reckoning has been writing recently about a concept that He calls “Compound effort over time” which you can read here:

and a follow up piece He calls “Generations of Wealth” here:

At The Mint, we love the concept and think this statue captures the concept in a delightful imagery.

Who can argue with baby elephants?