Our latest E-book in the “Why what we use as Money Matters” series: What is Truth?  On the Nature of Empire, has now shipped and will soon arrive on digital shelves across the Internet. 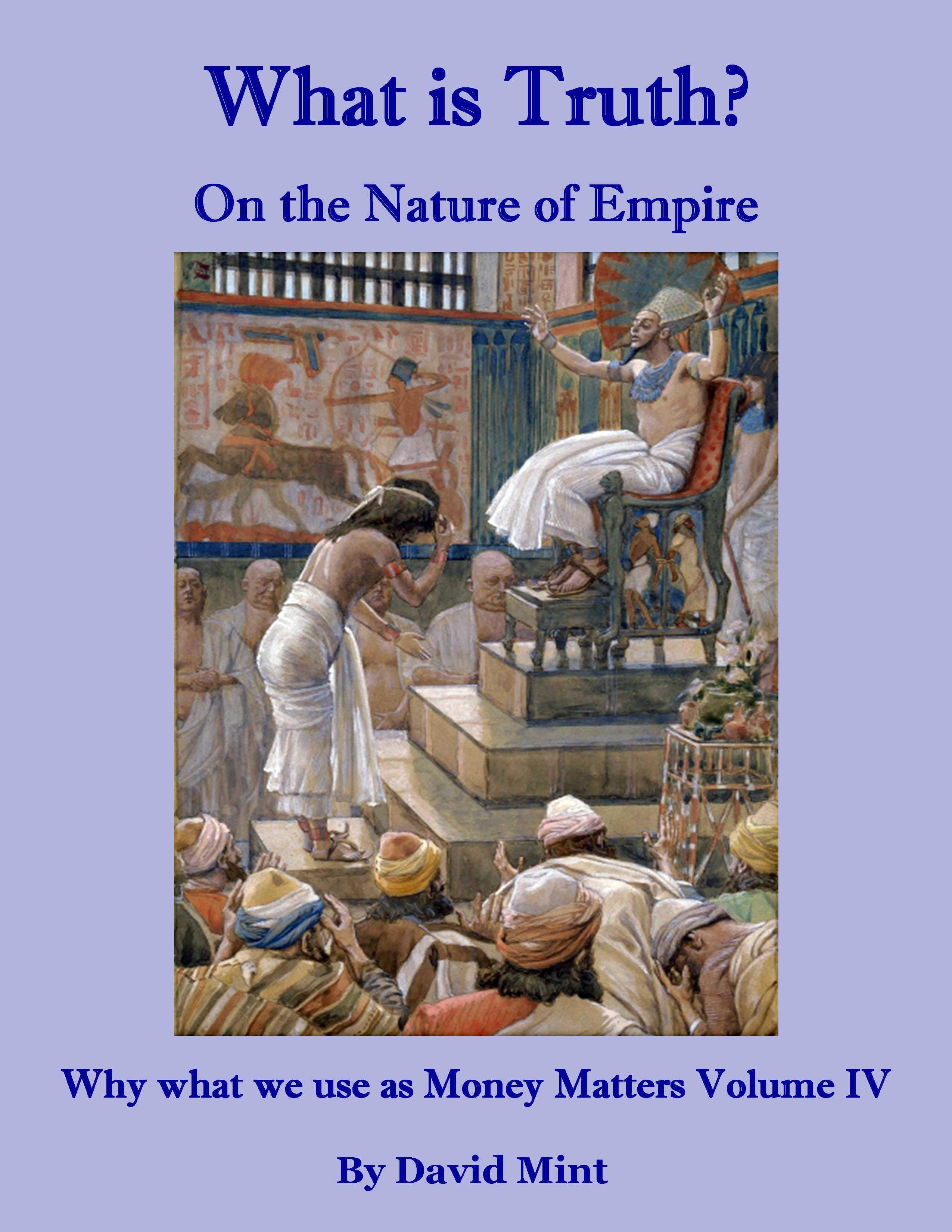 In the twenty first century, it has become clear to most that there is no divine right or imperative for the existence of an Empire on the earth. As such, an ever-increasing number of peoples have thrown off the yoke of Empire in favor of what has become known as a democratic model of collective governance. Yet simply changing the rules of governance has not put an end to the core ideals of Empire, and governments today that are elected democratically have largely retained the hallmarks of Imperial rule, namely the tendencies toward a central monopoly on the use of force and the right to demand tribute. How can this be?

The purpose of this volume is to gain an understanding of the true nature of Empire and, to convince the reader that Empire, and by extension large scale government, is not only unnecessary, but a great hindrance to human progress. This volume also explores why the Imperial model virtually ensures that the worst elements of humanity will rise to power, where they will ultimately impose their will on their fellow humans by violence. For the violent outcomes that Empires invariably produce are not exceptions to the rule, nor are they merely the norm.

They are literally guaranteed by design.

Once we have grasped the true nature of Empire, we will then will explore the only known antidote to Empire and the only possible means for mankind to rid itself of the lethal effects of Empire on the earth. And it is probably like anything you have imagined.

It is now available and can be enjoyed on Smashwords, Amazon’s Kindle, and Google Books.