Amid what has become a nearly constant stream of alarming news from the Middle East and the escalation in the Ukraine conflict, the US Economic growth has quietly been amassing the fuel for what is shaping up to be an impressive period of extended growth.

Readers of The Mint are aware that we follow a baker’s dozen of key indicators, which are presented at the end of each edition, in order to gauge the actual state of the economy via money supply growth and some of the key inputs and outputs as to what expectations are as to the future state of the money supply. Setting aside the fact that what we use as money is not really money at all, but not so cleverly disguised debt, the state of the money supply gives us a sense as to what will happen in terms of employment and asset prices, the fodder which ultimately impacts GDP. Overall, our key indicators have been steadily signaling growth ever since 2009.

While the fuel has been amassing for approximately 5 years now, it is now poised to be coupled with the proverbial spark necessary to spur growth rates reminiscent of the late ’90s – 2007: Improving sentiment.

Improving sentiment can be seen in a very conspicuous place in American cities: Increased traffic, be it car, pedestrian, freight, or public transit. When people are out and about, they are generally doing something. The fact that more people are out tends to beget additional economic activity. It is largely a chicken and egg question but in the cities, when you see traffic increase, it is a good bet you are witnessing economic growth first hand.

Have you seen traffic on the rise where you are? In Portland, it has been staggering.

Confirmations that the US Economy is already going gangbusters and may be poised to go into hyper drive for at least the next 5 years are beginning to pop up in the mainstream media:

You might ask what will drive this expansion? While there is truly no catalyst or new age industrial revolution on the horizon, there is an avalanche, tsunami, (insert your favorite metaphor) of money itching to get out of government bonds and into something, anything that will paradoxically give it increased yields and security. 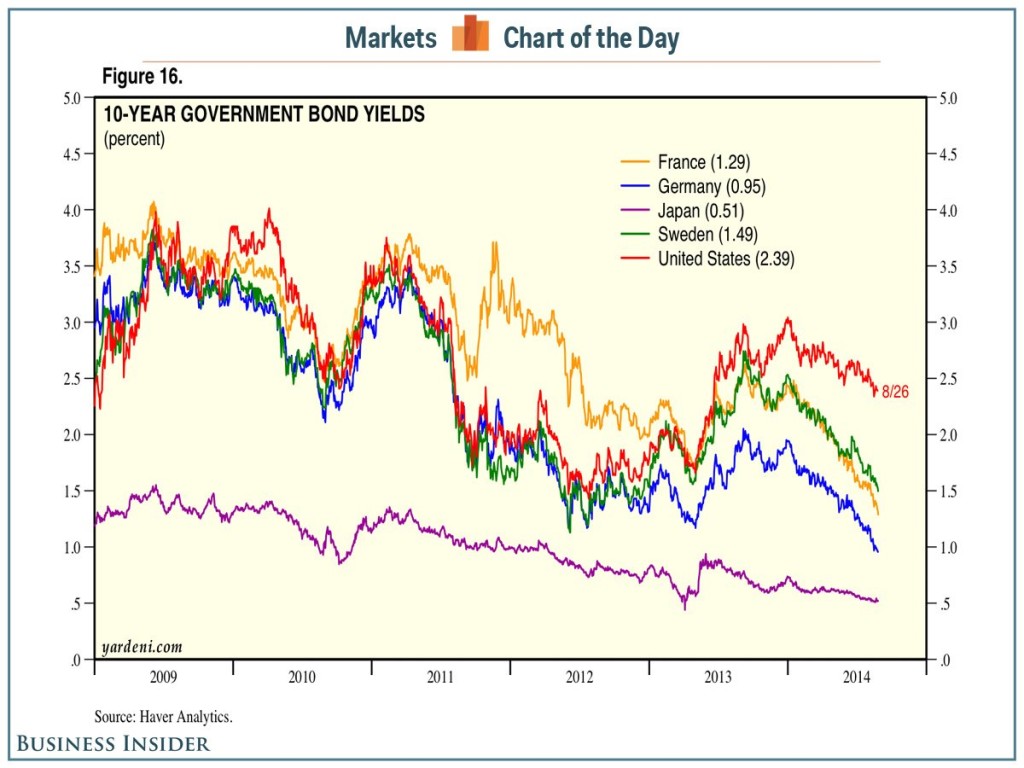 As in the past, this money will find its way into real estate, the much scourged asset class that is now surprisingly affordable on a relative basis. Once that happens, we know the script, and the expansion expected by the market in the first chart above seems probable, indeed, inevitable.

Here at The Mint, we have been beating the drum of recovery for some time now by virtue of following our “MINT Perceived Target Rate” which lags the more famous Federal Reserve Target rate by 39 months, the estimated amount of time it takes for Fed policy to hit main street. Through this lens, we see at least 39 months of accelerating growth in the future. Once sentiment kicks in, the game will really be on, and the time to position oneself is now.

Is it time to jump back into real estate? Back in early 2013, Nadeem Walayat, at the Market Oracle gave this prognosis for the US Housing Market, which today is holding true to form, as most of Mr. Walayat’s analysis does.

One would do well to mind his final word of caution, do not make the mistake of leveraging oneself too far. If you do, you must time the exit perfectly, and who needs that kind of pressure? The inflationary mega trend to which he refers and our Key Indicators confirm will be with us a very long time, which means real assets trump money in the back any day of the week. The key is to stay liquid.