On our two year anniversary here at Davidmint.com, we wish to take a brief moment to thank you, our fellow taxpayers, for tuning in and reading from time to time.  We pray that you are well and that we can continue to be of service to you.

In honor of this occasion, we have two announcements:

1.  We are giving away 100 PDF copies of our latest eBook, “What is Truth?  On the Nature of Empire” for free over the next 7 days.  Click here to download your copy from our new store.

2.  We have launched a new store right here on the site.  We are taking measures towards accepting Bitcoins and, should the need arise, other forms of digital currency in exchange for our silver coin offerings. 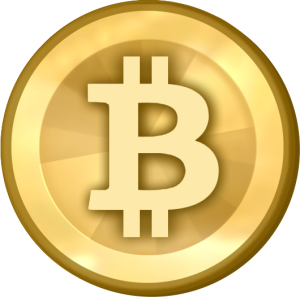 While the first announcement is essentially shameless self promotion, the second is one that we suspect will be taken by any number of merchants in the Silver and Gold bullion space in the not too distant future.

Why?  While we do not advocate holding a significant amount of long term wealth in digital formats, it may become important to do so in the short term.  It may also be important to be able to transact in Bitcoins, regardless of whether or not the proceeds are held in Bitcoins or converted via an exchange to a national currency.

As the events in Cyprus continue to unfold, we here at The Mint have taken the decision to accept Bitcoins as a form of payment for Silver bullion products.  While we accept that the Bitcoin, as a purely digital medium of exchange, is not without its risks, the mere prospect of a week long banking holiday, like the one the Cypriot banks are currently on, occurring closer to home demands that we create a contingency plan.

Being locked out of the bank, as the residents of Cyprus appear to be, can be downright lethal for commerce.  Should the unthinkable happen in your neighborhood, it will be essential to have a backup plan.

Silver bullion is the ultimate backup plan.  Should the lights go out, it is the most likely to function as a medium of exchange once the inevitable chaos wanes into some sort of order.  Should the lights stay on and one’s bank accounts be randomly frozen by a government official, the ability to trade in Bitcoins will be essential for any merchant to be able to operate.

Will it work?  Only time will tell.  We can already foresee one possible glitch:  Bitcoins have the distinct advantage of being anonymous.  This is both their strength and weakness when it comes to selling bullion via mail, as in order to properly ship coins, this anonymity is likely to be temporarily relinquished into our care (silver coins are not like delivered pizzas as they must be paid for up front).  While we have no immediate plans, other than to subscribe our customers to The Mint, something we see as benign, if not beneficial.

Beyond having a plan B should the banking system become “Temporarily Unavailable” on an individual or collective basis, in theory, accepting Bitcoins is beneficial as they should theoretically continue to appreciate in value against the fiat currencies of the world.  The reason for this, for the uninitiated, is that Bitcoin creation is set to occur on a fixed timeline and to be ultimately finite.  As of this writing, Bitcoin adoption is running well ahead of the logarithm, which is causing massive deflation in terms of Bitcoin pricing.

Mind you, Bitcoins can be traded fractionally up to 8 decimal places.  Should Bitcoin adoption continue to take off, the Bitcoin’s rigid logarithm will not allow for the Bitcoin’s continued use in commerce.  This has been described as its fatal flaw.  The Bitcoin will, in theory, take its place in the digital realm as “Good money” in the terminology of Gresham’s Law and exit circulation.  In its place will appear a plethora of digital currencies which would then come into existence via their own logarithm and trade against the Bitcoin, as today’s fiat currencies do.

In this sense, Bitcoin is the current gold standard of digital currencies.  As such, our planned acceptance of Bitcoins for Silver is like trading physical silver for digital gold, as Bitcoin’s trajectory will theoretically track that of gold with one notable exception:  Barring any subsequent changes to the logarithm, there will be no new “discoveries” of Bitcoins to augment the stock.

It seems like a good trade, and one we are willing to engage in to a point.  However, we must reiterate that wealth must be held in the real world to be of any worldly good, and trading in Bitcoins, while temporarily solving the problem of rapidly depreciating fiat currencies, will serve to further throw the earth out of balance.  For man’s activities to achieve balance with the earth, the monetary premium must be attached to something in the physical realm, not an inordinate amount of credit or data stored on a servers.

Besides, credits and data on servers has a strange knack for disappearing when you most need them.  Silver typically does not.

One last word to the wise, NEVER, EVER GO SHORT BITCOINS IN FIAT CURRENCIES, as doing so places one on the wrong side of a trade against a deep pocketed adversary:  A fixed mathematical limit.

You have no doubt noticed that flying high above The Mint is a red tab that says “Coin Shop.” This is not a bug! Rather, it is an opportunity to be embraced.

At The Mint, we believe that the best way to protect worldly wealth over an extended period of time is to store it in the form of silver and gold coins. We have a limited amount of silver coins at the moment that we are making available and hope to slowly but surely expand our inventory and capacity to be able to provide this much needed wealth protection to the free people in American and throughout the World.

Please click the red tab and have a look around. If the red tab is simply too elusive to be clicked, then please follow one of the following links:

http://silver.davidmint.com or http://moderntunics.wazala.com to be directed to The Mint’s Coin Shop.

At the shop, we operate on two simple principles:

1. We do not sell coins that we do not actually have (in other words, we are not short silver and floating on your funds).

2. We will not ship until we have received your payment.

Simple enough? We hope so! Thank you for checking out our coin shop, our affiliates page, and for reading The Mint!