2012 has gotten off to a relatively uneventful start on all fronts.  Stock and Bond markets continue on autopilot and are completely underwritten by central banks at this point.  Commodity prices seem to be following the inflationary path that the central banks support of the stock and bond markets has set them on.  Meanwhile, productivity, real output, appears stable and poised to climb, which should further fuel inflation as the money supply begins to overwhelm the supply of real goods and labor.

The assault on civil liberties continues.  The United States surrendered its status as a free country when it approved the NDAA, assuring that they government could detain anyone, anywhere, for as long as they want, without ever having to produce charges.

Finally, widespread corruption continues unabated.  Officials at MF Global are still loose after robbing $1.2 billion of client funds in a desperate attempt to stave off a margin call which brought down the firm as the CME washed its hands of the situation, leaving traders everywhere wondering if their univested brokerage funds are safe or even truly exist.

Now, from Switzerland, the bastion of financial morality, comes word that the wife of Philipp Hildebrand, now former Chairman of its central bank, made a substantial purchase of US Dollars just weeks before her husband and his colleagues shocked the world by surrendering the Swiss franc to the same fate as the doomed Euro.  Coincidence?  It would appear not. 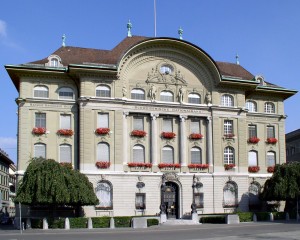 In short, there is nothing in the data to disprove the hypothesis that the world’s financial system and by default the nations which are currently charged with it are headed to hell in a hand basket.

This, fellow taxpayers, should be cause for hope.  For only when it is acutely understood by all involved the incredible destruction which is being wrought every single day by the current, insane, “debt is money” financial system under which we live, can things finally begin to get better.

We hope and pray that the day of collective acute understanding is near, and that the transition to a new system passes peacefully.