{Editor”s note: The following is a continuation of the series “Of Money and Metals.”  Please click here to view the Part I,  Part II, and Part III}

Natural law is always operating, always demanding a balance of accounts in the real world, not simply on an accountant’s ledger or numbers on a bank statement.

It is then foolishness for anyone to assume that a central authority, no matter how clairvoyant, can properly estimate the money supply necessary for human economic activity to continue at the optimal rate, balancing both the quantity of debt and money to provide for both the present and future using all of the information which is collectively available.

It is for this reason that it is imperative that people be free to declare both what will serve as money as well as its value in exchange.  History has shown that, if people chose gold or anything natural as money, economic activity and the resulting benefits to society will accumulate so rapidly that the supply of gold will quickly act as a constraint.  If gold is money by decree, this becomes a problem.

Once economic activity further accelerates and the benefits continue to accrue to a larger portion of the population, the supply of silver will act as a restraint.  Again, if left to their own devices, the majority will quickly and tacitly adopt another item occurring in nature to be used as money.  Historically, this third source has been copper.

Yet even the supply of copper, abundant as it may be, will eventually serve as a restraint, and so on, and so forth.  Eventually, in this example of what we like to call “Free Money,” gold will tend to operate as a form of savings and settlement only in the largest of transactions, with silver serving as money at an intermediate level while copper would be the most widely circulated currency for smaller transactions.

The beauty of free money is that, should the supply of copper become a constraint, steel, nickel, or some other more abundant natural resource will take the place of copper for use in smaller transactions, and so on, so that the money supply, in a general sense, will always be perfectly suited for the rate of economic activity which is occurring.

It is important to note that, while history has shown a preference for metals to be used as money, in the free money (and by extension, free banking) theory there is no requirement that what be adopted as money be metal.  In fact, money can be anything that those participating in exchange bilaterally accept as payment for goods and settlement of debts.  As you will recall, the only thing that money should not be, by definition, is debt. 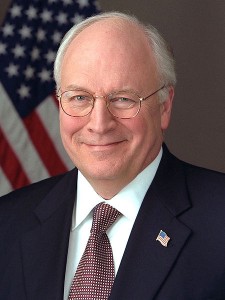 While it is obvious that debt can be exchanged in the place of money for a time, as the past 100 years have shown us, common sense, logic, and natural law will demand that the debts which circulate be settled in real terms.  The creation of debt as money severely distorts economic reality and the more debt that is created, the greater the demanded settlement in real terms will be, regardless of how many times one chants the Keynesian mantra recently made famous again by former Vice President of the US Dick Cheney “Deficits don’t matter.”

The superiority of free money is that the money supply is free to adapt to the rapidly economic activity, which is nothing more than an expression of the changing wants and needs of consumers.  The money supply is not hindered by unnatural constraints which have nothing to do with economic reality and are imposed by what is at best an uninformed or disinterested and at worst a malicious monetary authority.

The current debt as money system, far from providing a perfectly elastic money supply, has created the economic equivalent of concrete, which is now hardening the economy instead of providing it with the much needed lubrication.  If this insanity carries on much longer, society will be shattered as economic reality takes a jackhammer to it.